You can't afford to have cancer without insurance. Medical bills for cancer run from tens of thousands to hundreds of thousands of dollars, not to mention the unreimbursed personal costs, such as loss of income, babysitting, caregiver's costs, and transportation. 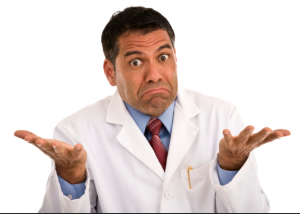 Paying for this is a complex process. About 60% of people with cancer will be 65 or older, and thus will be insured through Medicare. A few percent more will qualify for Social Security disability insurance. Some of the rest will have health insurance.  The others face loss of savings, huge loans, and even bankruptcy.

But even with insurance or Medicare, many medical costs are not reimbursed--these include deductibles, co-pays for clinic visits, medical supplies, and outpatient medication. Cancer patients face especially high unreimbursed costs because their treatment may require frequent clinic visits or expensive chemotherapy pills with exorbitant co-pays.

Cancer patients and their physicians are obviously very concerned about the uncertainty of health care costs with the threatened repeal of the Affordable Care Act (ACA), or Obamacare under the new presidential administration. What will be the impact on cancer care?

In reality, it may be smaller than you think. Obamacare has helped with cancer care in some ways, but has made it worse in others.  The most significant positive impact is guaranteeing health insurance coverage even in the face of pre-existing conditions, including cancer. Another improvement is in the ability to obtain insurance, even if you never had any in the first place. But the uninsured are still liable for the medical bills they already owe--and they have to wait for the 2-month open enrollment period (December to January) to sign up for it through the Obamacare insurance exchanges.

Where Obamacare has really failed is in cost containment. Enactment of the ACA led to rapid and often exorbitant increases in insurance premiums, or even the loss of coverage for those whose policies did not meet ACA standards. Worse yet, medical costs continued to skyrocket; we have seen ongoing increases in deductibles, co-pays, medication, medical supplies, and hospital charges. Although Obamacare does not apply to Medicare, there were collateral effects on its recipients, who faced mounting costs for their medication, for their supplemental insurance premiums, and higher deductibles. Obamacare did nothing to stop the increase in health costs, and may have made it worse.

What can we expect if Obamacare is repealed? What will replace it?

Replacing Obamacare may be the wrong place to start. I believe we should think outside of the box, and consider whether we really want to continue a system based on insurers calling the shots, while medical costs continue to increase.  We must learn from the successes and failure of Obamacare, and develop a plan to lower health care costs, improve quality, and increase access, in some entirely different way.

What American voters like about Obamacare, and want to keep, is that it made health insurance available to everyone, it removed pre-existing condition exclusions, and allowed young adults to remain on their parent's policies through age 26. What people hated is that everyone was forced to purchase insurance (or pay a stiff penalty), and it did not lower health care costs but instead it increased them, as we have seen above.

The reality is that is impossible to keep the insurance features people loved without paying for them. This requires that everyone contribute to the insurance pool from which these costs are paid. You cannot have a system in which you only purchase insurance when you need it; medical care is expensive, and the money has to come from somewhere.

But what if health care costs were much lower, representing, say 7-9% of the GNP--as it is in most first-world countries, instead of the current 20% of the GNP in the US?  If that were the case, health insurance would be much more affordable, and more people would sign up voluntarily, especially if insurance were not tied directly to employment and did not exclude pre-existing conditions.

What if drug costs were as low in the US as they are in other countries? What if we had cost transparency, so you could shop openly for the best price in tests and hospitals, regardless of state boundaries? What if large "non-profit" health care systems actually had to pay taxes on the money that they make? These tax funds could be used to subsidize care for the poor, and to help pay for cancer research and clinical trials. With lower costs it may even be possible to pay outright for routine medical care--like we used to do--buying inexpensive insurance only for catastrophic coverage, like cancer care.

Lowering medical costs would take a good administrator, someone who can negotiate like a businessman with insurance companies, pharmaceutical companies, and large health care systems.  Someone who will not be influenced by lobbyists for Big Pharma, Insurance, and Mega-hospital systems. It will be interesting to see how the new administration approaches this problem.

I am hopeful that the Obamacare repeal--as inevitable as it appears to be--will mean a new beginning for cancer care.