Why We Should Repeal and Not Replace Obamacare with Another Insurance Plan: Thinking Out of the Box to Fix Health Care

My objective is the same as Obama's with the ACA, "to ensure that all Americans have access to high-quality, affordable health care." I have seen the results of Obamacare from many perspectives, as both a physician in a rural community, and a user of insurance and Medicare. I do not believe the ACA succeeded in its objectives. 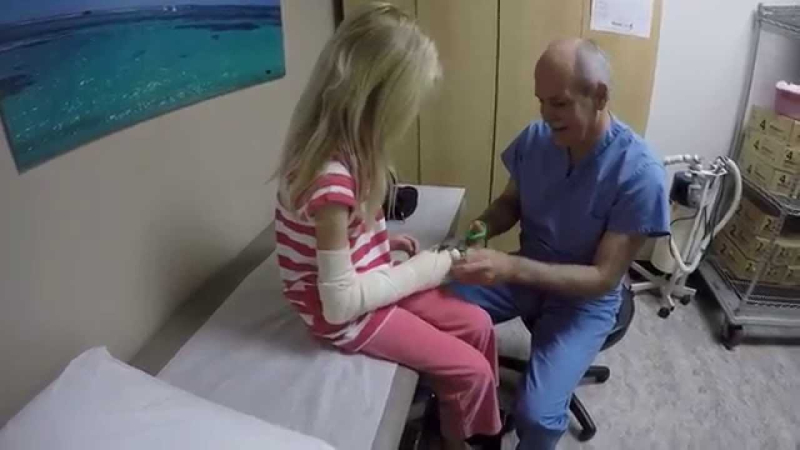 Sure, Obamacare provided health care insurance for millions of Americans who didn't have it previously, expanded Medicaid for the uninsured, got rid of the pre-existing condition exclusions, allowed our grown adult children to remain on our policies longer, and started the ball rolling on electronic records. These are great results.

But Obamacare also caused the cost of health insurance to skyrocket; caused a lot of people to lose their insurance, and for some their jobs; forced many small doctors' practices to close, especially in rural areas; limited patients' choices in physicians and hospitals; led to an overall increase in health care costs, and to a decline in the quality of care in many regions. But worst of all, it put our health in the hands of businessmen, that is, the insurance companies. Let me elaborate on these points.

1. Obamacare mandated that all of our health care be managed by insurance companies. These companies' decisions are based primarily on profit for the shareholder, rather than on the insured's needs. In practice, that means your insurance company determines which provider or hospital you can use, which drugs it will reimburse, and how much it will pay out for your claims.  And every dollar that an insurance company keeps for its shareholders or its operating expenses is one less dollar that is paid out for your health care.

Health insurance is, after all, insurance, which means it is designed to pay out a person's claim from the funds that it takes in from all of the people it covers. However, if the only people who sign up for insurance are sick, then the claims will be high, and everyone in the plan will have to pay higher premiums, or the company will go out of business. Both things happened with the ACA. We saw Obamacare premiums skyrocket after the first year, and private insurance followed suit. Many insurance companies chose to leave the Obamacare market, and in some areas only one insurer remained. This is not choice.

2. Health insurance in the US is traditionally tied to a job. Because of the ACA mandate that insurance be provided to full-time employees even in moderate-sized companies, many people either lost their jobs or had their hours cut to part-time because their employer could not afford the cost of insurance; others had seasonal work and did not have any benefits. With lower incomes and some savings, cars, and homes, they were not destitute, but they couldn't afford the Obamacare premiums because their income was still too high for a subsidy.  Previously these working poor would take their chances; now, they have to pay tax penalties or buy high-cost health insurance, neither of which they can afford.

3. Obamacare did nothing to contain health care costs, which continue to rise. It's simple economics: with an increased number of insured, leading to increased demand for services in a fixed background of providers, the cost of these services increased. Unlike Medicare, no checks were built into what hospitals or pharmacies could charge.

4. Obamacare required implementation of such items as fully electronic medical records, electronic prescribing, and participation in accountable care organizations--requirements that were either impractical, unaffordable, or impossible for independent physicians and small practices in rural areas.  Many were forced out of business.

5. The combination of an increased demand for health care in a stable field, along with the closing of many practices, led to people turning to for-profit care centers, pharmacist providers, and poorly trained PA's and nurse practitioners for their care, instead of licensed medical doctors. The result is lower quality health care.

6.  Obamacare mandated that everyone had to be insured in order to make the model viable. Those who weren't insured have to pay a tax penalty. This makes sense from an insurance perspective, but it is anathema to the American way of life, which maintains that personal health decisions should be your own.

Here is how I would fix health care in the US.

1. The most important first step is to lower the overall cost of health care. The US spends almost 20% of its GNP on health care because we require our insurance pay whatever is asked, even though we don't know what the real cost is!  A 20% GNP expenditure is twice as much as every other first-world country, whose health care is as good as ours!

How do we contain these costs? First, I would put into law statues that limit the amount that can be charged for medications, for physician services, for tests and for hospitalizations. Every other country does this, and we do it here, too, for Medicare. This is extremely unpopular with lawmakers, who rely on big money from the pharmaceutical, insurance, and hospital industry lobbies. We need lawmakers who are not influenced by lobbyists.

Next, we should have transparent pricing for all drugs and services, so people can comparison shop, perhaps getting insurance rebates if they save money.

Third, I would make medical training be tuition-free, and expand the number of physicians and residency positions, thereby increasing the supply of doctors who are comfortable working for lower salaries. Most doctors-to-be are not in it for the money, but find their school debts are so high that they have no choice but take high-paying jobs, forgoing work in a rural or inner-city practice.

Fourth, I would get rid of the middleman. So many industries see health care as a profit center to generate income when money changes hands, or to provide jobs for themselves based on hospital administration and health-related government bureaucracies, many of which are not necessary to give care to patients.

2. Medical insurance should not be tied to employment, which automatically excludes those who are unable to work or cannot get a job -- the ones who need it the most. No other country in the world does it this way. It should be available to everyone, and the tax incentives should be the same for all.

With medical costs lower, the cost of health care coverage will be much so much lower that many people will sign up for it. Others may join cooperative organizations in which people pool resources and pay out as needed--this is how some Amish communities avoid insurance. Still others may choose to pay outright for their medical care. These options will make health care a truly free market.

For myself, I would like to see a universal health care system, as you find in most other first world countries. It would be a health plan, not an insurance policy--like Medicare, but for everyone. In case you are not familiar with Medicare, all you need is a social security number and be age 65 or older and you are automatically covered for basic hospital services, while you can pay for outpatient care and medications if you choose, on a progressive, income-based schedule. Medicare tightly regulates how much can be charged for clinical services. Why not offer this to Americans of all ages?

To many people this is too socialist, not the American way, or even just too pricey. As a country, we have yet to come to terms with the recognition that we all pay for everyone else's health care in some way or another. From the uninsured who use emergency rooms as their primary care doctor, to the indigent or the mentally ill who are in dire straits--eventually this comes out of our tax money, or out of our own costs for medical care.  We might as well own up to this and make health care a reality for all.